I made a Western-style piece set

I made a western style piece set designed to make it as easy as possible for players used to western chess to pick up shogi. I think a lot of chess players are really itching to try out shogi, but are deterred by the lack of an easy piece set.

Here is how it looks in xboard: 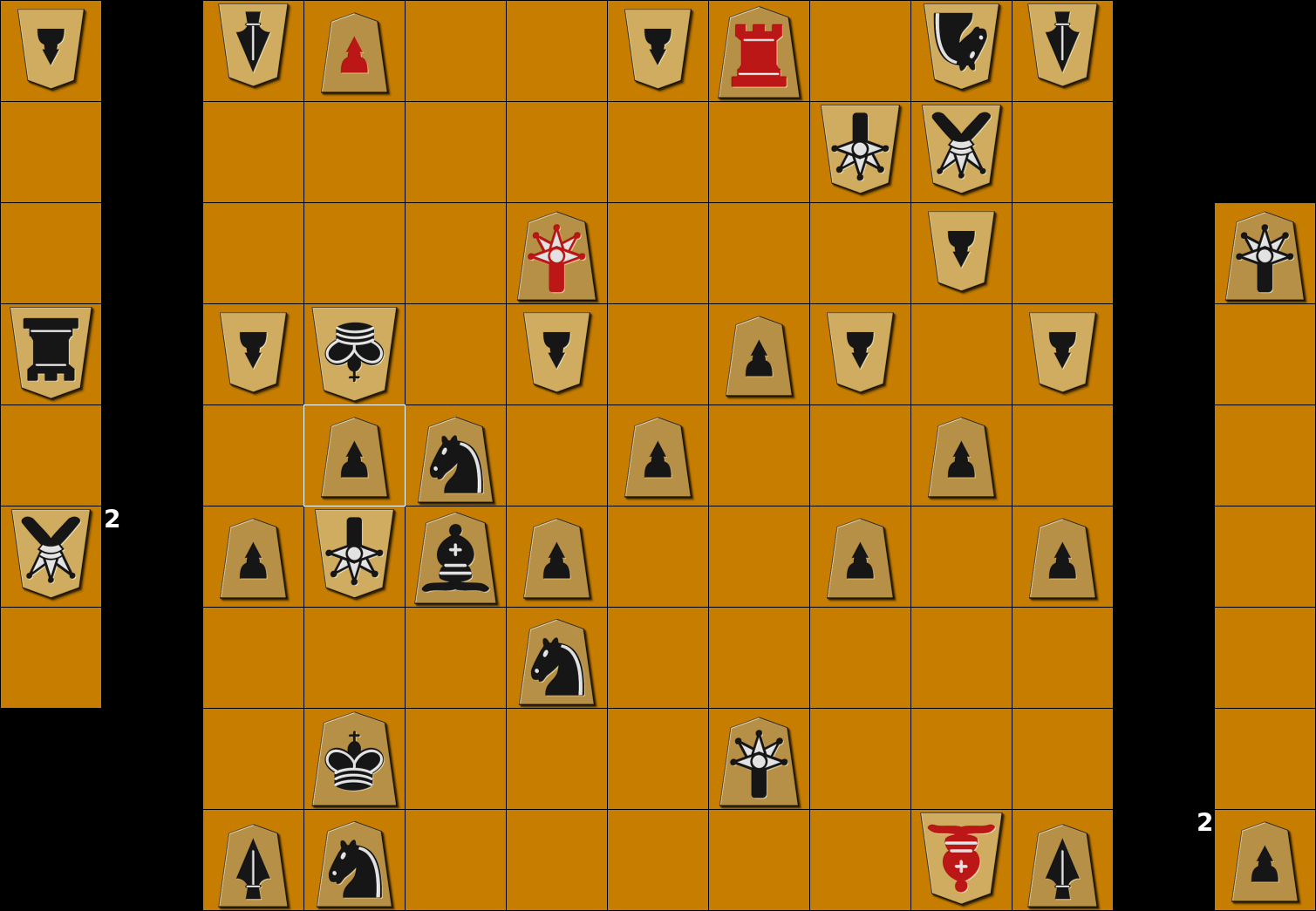 Since Im using a scale-dependent bump filter, I had to export the SVG files to PNG at 283x283 resolution. If lishogi cant handle PNGs for some reason, here is a more plain looking SVG version without the bump filter: 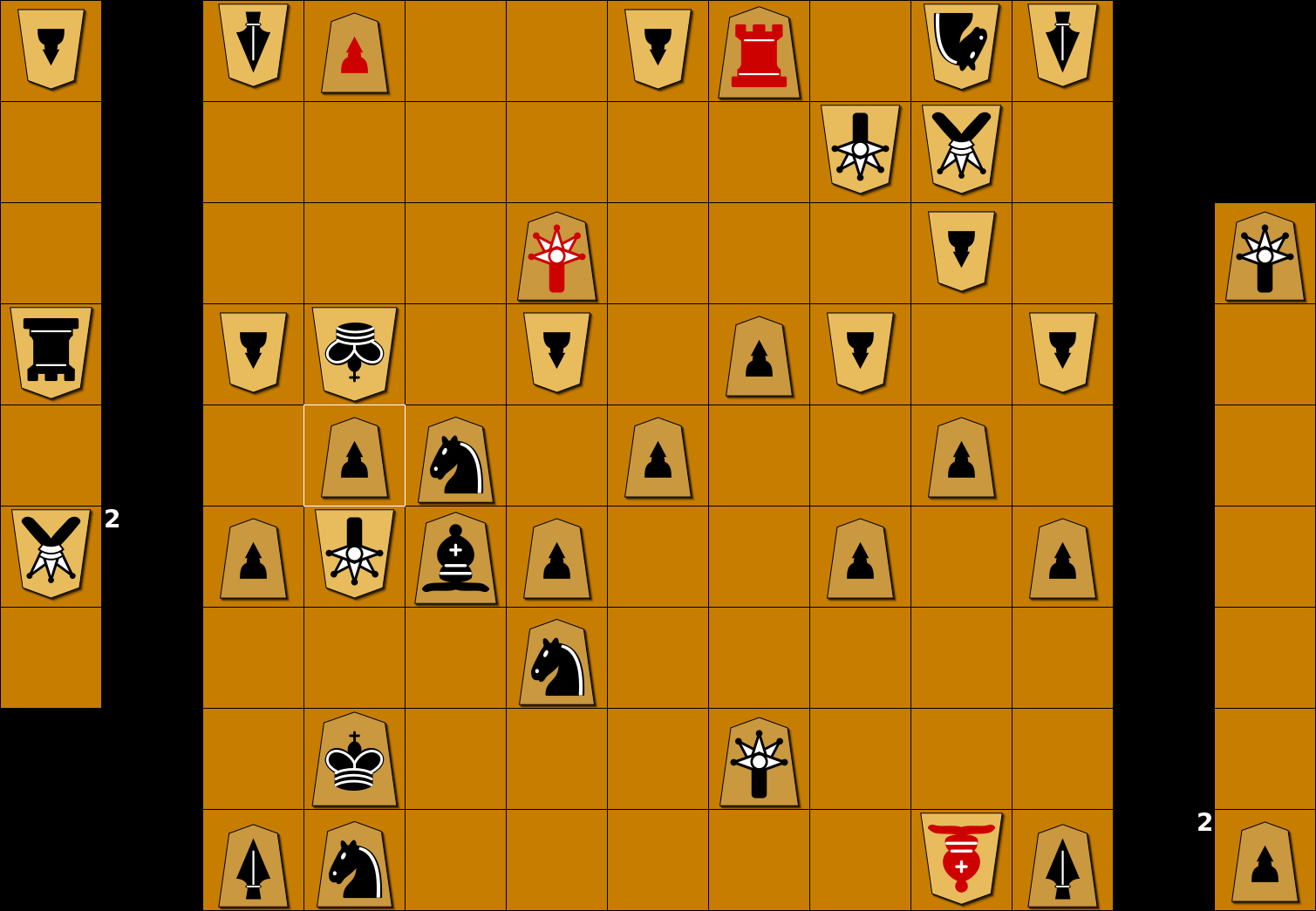 The PNGs take up 568K of space, while the SVGs take up only 248K, but I suspect that isnt an issue. License would be some creative commons share-alike.

What do you guys think? and who would I have to get in touch with to get this piece set added to lishogi?

You could send the files either here or on discord.

I just put it on github:
github.com/peanatsu/shogi_printout/releases/tag/v2.0

The file is called lishogi.tar.gz and contains the PNG as well as the SVG set already setup with the lishogi piece naming conventions. But if I got something wrong in renaming the files (I couldnt get lishogi to work locally on my computer, so I couldnt test it), the original xboard sets are also included.

(Files in the xboard and lishogi sets are identical, they only differ in naming conventions.)

If lishogi can handle PNGs, I would prefer the PNG set be used. It just looks nicer.

Very nice. I wonder how nobody thought about this before!

@YoBot_v2 I wanted to ask if there's any update or an ETA for adding the piece set. are you even the person to talk to about this? or should I create an issue on github? I wouldnt even mind creating a pull request if only I could get lishogi to run locally on my computer.

just curious what steps are needed to have this piece set added at all, preferably sooner rather than later.

@Nexyphia it's actually an old idea. the set is very similar to playok's symbolic set, the only difference is promoted silver isnt a red silver like on playok but instead a red gold, since the generals' way of moving is represented by their symbol, so a promoted red silver like on playok still looks like it moves diagonally, which is IMHO terrible. (and of course a red gold doesnt cause confusion because golds cant promote)

You can create a GitHub issue if you want to and even make a pull request doing it. CTripleA made a nice tutorial here discord.com/channels/778633701541806081/812839557912461343/825378660000595968 and upgrading a piece set which can be useful for creating a new one too. Also you could join discord for other info discord.gg/YFtpMGg3rR and even the lichess discord #general_programming channel discordapp.com/invite/pvHanhg .

ok, thanks for the links! after reading the discord info, I got it working locally (it was the missing mongodb indices + the fact that I used ornicar's websocket server) and made a pull request: github.com/WandererXII/lishogi/pull/305

let's see if it gets picked up

Your chess style pieces are great. They are more comfortable for western players.

However, my vision is poor and I find it difficult to distinguish the orientation of the pieces. Would it be possible for you to create a design that differentiates the pieces by color, like in chess? For example: black and white. The colors currently chosen have little contrast and I can't distinguish them well. Thank you very much for your help.

Lishogi has already added peanatsu’s western piece set. Maybe something like this is what you are looking for? lishogi.org/forum/general-shogi-discussion/lishogi-theme-chess-themed-shogi-westernized-shogijapanese-chess